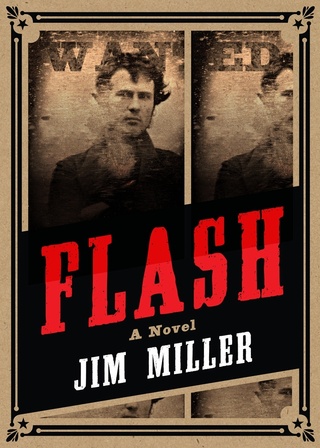 Who is Bobby Flash? Flash is a novel that follows the journey of muckracking journalist Jack Wilson as he investigates the century-old mystery of the identity of I.W.W. outlaw and revolutionary, Bobby Flash. When Wilson finds an old Wanted poster in a local archive in San Diego, his curiosity leads him deep into the lost history of America’s radical past through the Free Speech fights and the Magonista revolt in Mexico, the utopian Llano del Rio Colony, and the first red scare. Bobby Flash crosses paths with the likes of Emma Goldman, Elizabeth Gurley Flynn, Ben Reitman, and Big Bill Haywood as well as a myriad of other unknown tramps and revolutionaries. The reader even gets to see if it’s possible for Jack to sneak a portion of Joe Hill’s ashes through Homeland Security. Along the way we learn the story of the women who work in contemporary Tijuana’s maquiladoras and others struggling to make a living at working class jobs in Los Angeles, San Diego and the San Francisco Bay area. Flash is also the story of the love of a father and son and their unexpected discovery of their family legacy, including a grandmother committed to the ideals of revolution and free-love at the turn-of-the-century. This novel begins in contemporary Southern California and takes the reader through the LA punk and underground scenes, San Diego’s lost sailor town, and bohemian San Francisco and inner city Oakland ending finally on the Lost Coast Highway at a fledgling utopian commune. Flash speaks directly to current economic concerns and the yearning for hope and justice.